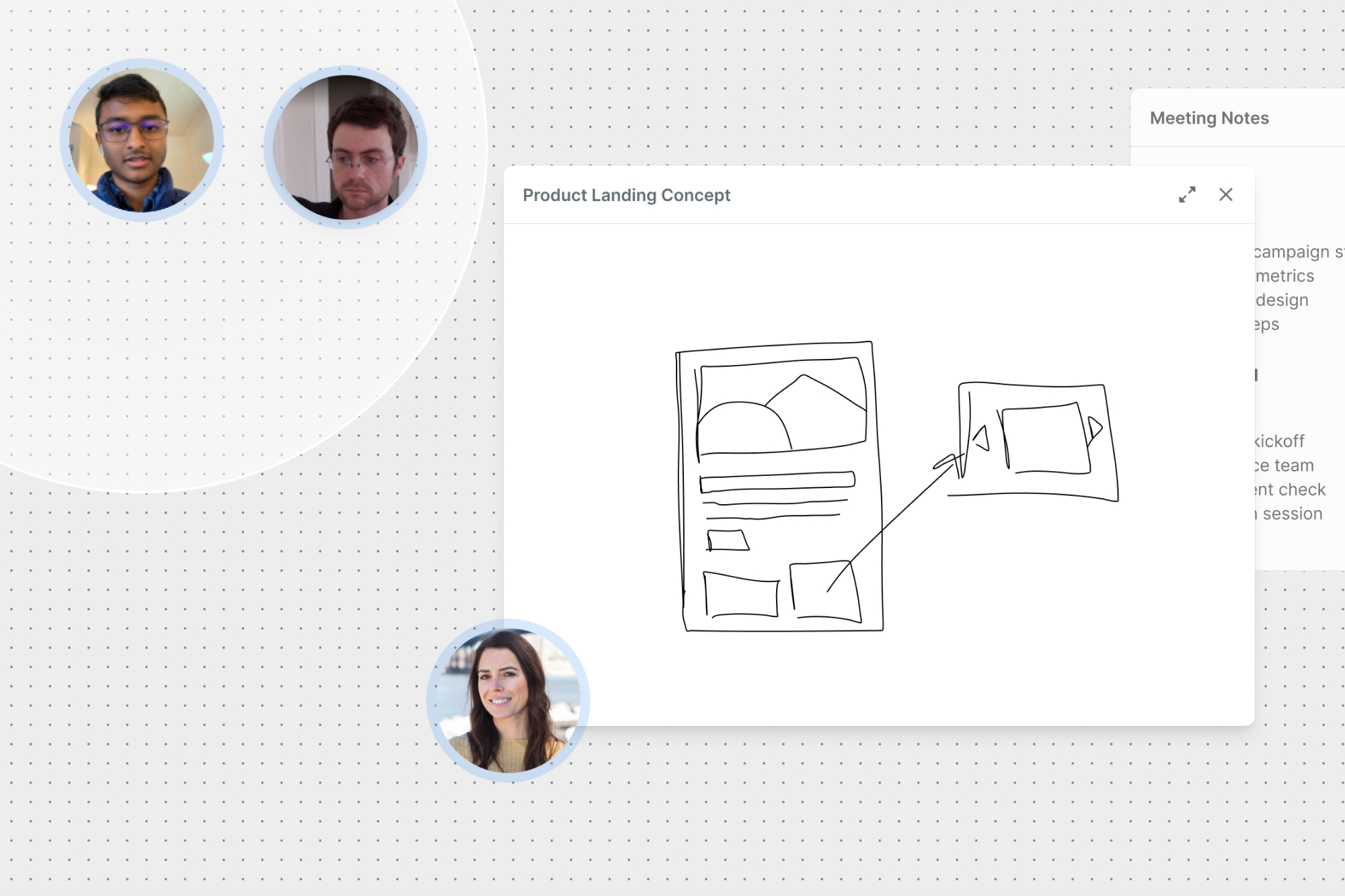 Teamflow 2.0 now supports thousands of people in the same space. Our engineering team did several weeks of hard work to accomplish this feat. We built a distributed tester running hundreds of bots to find bottlenecks. We’ve eliminated them one by one and are ecstatic to showcase what we’ve done!

In a Teamflow space, each person is connected to a WebRTC-based video call; we use Daily to create and connect to calls. Clients upload streams to an SFU server, which then forwards them to all subscribed clients. Since an SFU server can only process so many audio and video streams, there is an upper limit to how many clients can be in a single call.

In super-populated spaces, people generally spread out and divide themselves into groups. They all don’t need to be in a single, shared call. We exploit this pattern to optimally assign each person to a call.

In Teamflow, there are two spatial parameters: the current “space” and the “position” within that space. Each space is like a parallel universe - you can jump between spaces, but exist in one at a given time. Within your space, a set of 2D coordinates defines your position.

People cannot interact with each other across spaces. Furthermore, two people must be in “proximity” to each other to hear or see each other. In Teamflow, proximity is roughly defined with two conditions:

The trick now is to calculate the smallest “clusters” of people, such that any two people in proximity are always in the same cluster. We can then create one call per cluster; each cluster is expected to be a lot smaller than the whole workspace!

Spatial clustering is implemented using a pipeline of state-machines that reacts to changes in participant and audio zone positions. Since each space is independent, each one holds an instance of this pipeline. The clustering algorithm goes through three steps:

A spatial hash is a 2D lookup for finding entities near a position. It divides the whole space into ~1000px buckets, and maintains which bucket(s) each person or audio zone are in.

Since buckets are larger than the audible radius, finding people in proximity is limited to searching in neighbouring buckets. This setup allows the next step in the pipeline to do that in amortized O(1) time!

This state-machine assigns people to a cluster. The formal definition of a cluster can be formulated as:

The actual proximity graph is not kept in memory. Rather, the state machine only holds the set of people in each cluster. The important events that alter this state are:

This last step holds a pool of calls. As people move around and regroup, the number of clusters fluctuate. The call provisioner assigns each cluster a call, and frees the call when the cluster dissolves.

This “path independence” allows us to batch up changes in state across a few hundred milliseconds; to users, however, the pipeline is still perceived as responding in real time!